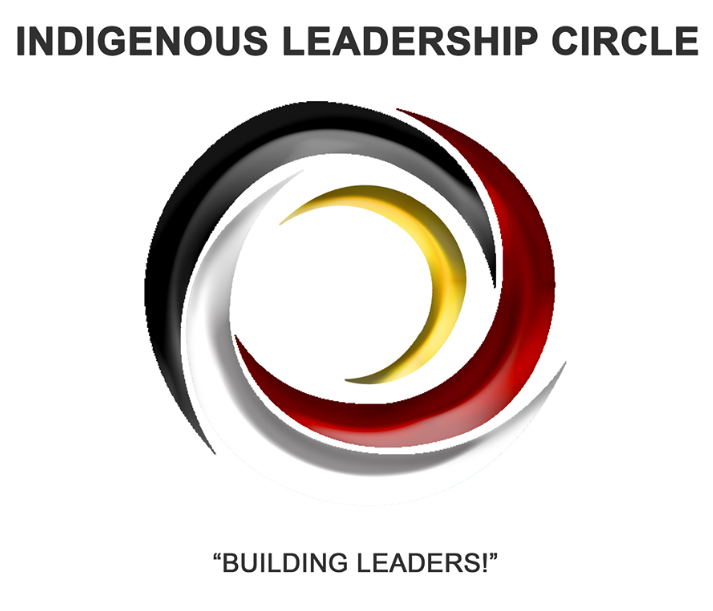 The Indigenous Leadership Circle invited candidates to fill out a survey.  The future of the city matters to Indigenous people who live, play, shop and work in and around the City of London.  It's growth and development greatly impact all areas of life and us.  Therefore, we are curious to hear your vision of the City including the role Indigenous people can play and your ideas about how best to address key issues impacting First Nations, Metis and Inuit people and of importance to them.

The Indigenous Leadership Circle is an informal network of Indigenous leaders from a variety of backgrounds, cultures and professional backgrounds who have begun to meet regularly to network, share ideas, and support each other's work in and around the city.  This is our first civic initiative. We would like to organize a forum for the Indigenous community to hear from the candidates on a number of topics of particular importance to them.  Therefore, we are conducting a survey.

1. Missing and Murdered Indigenous Women & Girls - How are you going to make the city safe for Indigenous women and girls

Ensuring everyone not only feels safe in our city, but is safe in our city is a central responsibility of the municipal government.  Creating the mandate that policy is created and implemented with a lens that considers this at the outset of the policy development process is key.  Some important steps with respect to Indigenous safety and women’s safety have been taken during the current term of council including mandating that policy and projects be considered through a gender lens, as well as the appointment of an Indigenous member to the Police Services Board to help examine policing and public safety policy through an Indigenous lens.

I would also support the continued efforts of the London Police Service to combat human trafficking. As well, we should continue to push our federal partners for meaningful work and recommendations to be brought out of the National Inquiry into Missing and Murdered Indigenous Women and Girls and examine how we can implement those recommendations locally.

The next question in this survey examines housing, which I believe is a very essential element for personal security.  I’ll expand more there.

Further, and this is a theme that I will repeat in all my answers, we need to consult and collaborate in a meaningful way with members of Indigenous communities to seek advice and insight so that we can work together to address these important issues.

2. Housing -  How will you address Indigenous low-income housing needs?

As Chair of the City’s Planning and Environment Committee, I have brought forward motions to accelerate and expand the creation of affordable housing in London through mechanisms such as Community Improvement Plans, inclusionary zoning (creating a mandate for a certain percentage of new units to be at affordable rates), and density bonusing.  We have also created the Housing Development Corporation (HDC) to work closely with government and private funders and developers to creatively grow our affordable housing stock.  I believe there is a great opportunity with the HDC to work with Indigenous communities to help address the housing need.

With respect to subsidized housing, we have restored and increased funding to the London Middlesex Housing Corporation to increase the availability of units and have enshrined “housing first” principles into our policies for those who are under-housed or homeless.

As mentioned previously, it would be very important to consult and collaborate with Indigenous communities to identify needs, ask how we should be proceeding, and ensure any activity is informed by this collaboration.

3. Economic Development - How does Indigenous economic development look to you in the city?

From my perspective, I would feel that creating strong connections with neighbouring Indigenous communities that builds on existing work and promotes inter-community travel, networks, and trade would help build the backbone for Indigenous economic development.  This would provide the opportunities to move people to work and goods to market as well as help extend higher order infrastructure such as communications and transportation throughout our region and it is well aligned with council’s policy to promote regional economic development.

There is likely a good opportunity, as well, to collaborate with the London Economic Development Corporation (LEDC) and to encourage them to build this into their strategic objectives.

Finally, asking Indigenous leadership what they see as the strengths, weaknesses, opportunities and threats (SWOT) to enhanced Indigenous economic development would be essential to success.

4. Indigenous Youth - What can the city do to foster the well-being of Indigenous children and youth?

Our council has placed significant emphasis on inclusion and access for all to services such as recreation, transit and social services.  Mobility, recreation and social inclusion are key factors in the well-being of all children and youth.  Education such as Indigenous Cultural Safety training is important for all staff who have involvement with youth and Indigenous communities and should be used to inform programming and policy in our City.  I will also ask Indigenous leadership, as well as parents and families what we can do to better address this need.

5. Environment - What role can the city play in the protection of the Thames River watershed?

The City plays an important role in being a good steward of the Thames River watershed and our environment in general.  We must ensure that what we return to the river is as clean as we can make it so that we can improve the water quality and ecosystems.

Over the past 4 years, council has commissioned the One River environmental assessment to examine how we can improve water quality, decrease the impacts from development along the shores of the Thames, ensure public safety from flooding, and enhance the ecosystem of the watershed.  This resulted in the decision to decommission the Springbank Dam as it was quite apparent that, since it became inoperable, the ecosystem had improved significantly.  It would be incredibly damaging to repair the dam and return it to operational status.

Further, we have accelerated funding for infrastructure upgrades such as separating the remaining combined storm and sanitary sewers which create the situations where sewage bypasses secondary treatment at the sewage treatment plants and is sent into the river. This work is ongoing but has made good headway.  As an example, there has been a reduction in discharge of phosphorous of over 30% since 2009. Work is almost complete on a $38M expansion of the Greenway Pollution Control Plant which will significantly reduce bypasses, once operational.   We have also committed $284M in funding over the next 20 years to tackle pollution in the river.

Consultation and collaboration with Indigenous communities in our region is a key component of ensuring success as we work together to address the health of the Antler River.

6. What would you do to add more Indigenous people to city staff?

Council can champion policies that increase the representation of underrepresented communities on city staff.  During this term (as well as previous terms), several measures have been taken to increase diversity within the civic administration including adopting the Community Diversity and Inclusion Strategies and developing new Indigenous relations and anti-racism policies.  We need to ensure an environment that is welcoming and inclusive for city staff of all backgrounds.  Those who are from Indigenous backgrounds should be able to see their communities reflected and represented by those who provide city services. This is especially true in policing where building and strengthening ties with Indigenous communities, as well as developing pathways for youth to aspire to and become police officers, is critical to helping reduce systemic bias.  And for those who currently work at the City of London, we must support the professional development of individuals who are underrepresented in our workforce and leadership.

7. How will you make the city more Indigenous-friendly?

I would first want to know what are the aspects to London that make the city unfriendly to Indigenous people, but also what has been working so far and so I will need to ask members of Indigenous communities.   I recognize that there is racism and prejudice in our city and we need to do everything we can to combat this.  I believe that we have taken some good steps towards confronting racism and discrimination where it becomes evident as well as creating the framework for celebrating diversity and promoting inclusion.  I also recognize that we have a lot of work to do before we can declare any success on this front.  Inclusion and collaboration need to be incorporated into everything we do and be considered as we make decisions at City Hall.

8. What ways would you engage Indigenous communities in London?

9. What are the most important TRC recommendations for the city?

#3 – We call upon all levels of government to fully implement Jordan’s Principle.

This is important in helping to avoid jurisdictional debate when a person’s health is on the line. Provide care first, then we can figure out the jurisdictional responsibility afterwards.

#30 – We call upon federal, provincial and territorial governments to commit to eliminating the overrepresentation of Aboriginal people in custody over the next decade, and to issue detailed annual reports that monitor and evaluate progress in doing so.

Ensuring Indigenous representation on the Police Services Board was an important step we took locally to help provide needed perspective at the LPSB on how policy and action can support this recommendation.

#43 – We call upon federal, provincial, territorial, and municipal governments to fully adopt and implement the United Nations Declaration on the Rights of Indigenous Peoples as the framework for reconciliation.

In doing so, we can help protect personal and collective rights of Indigenous peoples as well as the rights to culture, identity, language, employment, health, education, protection of traditional lands.  Additionally, we must acknowledge the importance of ensuring that “Indigenous peoples have the right to participate in decision-making in matters which would affect their rights, through representatives chosen by themselves in accordance with their own procedures, as well as to maintain and develop their own indigenous decision- making institutions.” (from the text of Article 18 of UNDRIP)

#57 – We call upon federal, provincial, territorial, and municipal governments to provide education to public servants on the history of Aboriginal peoples, including the history and legacy of residential schools, the United Nations Declaration on the Rights of Indigenous Peoples, Treaties and Aboriginal rights, Indigenous law, and Aborignal-Crown relations.  This will require skillsbased training in intercultural competency, conflict resolution, human rights, and anti-racism.

I have taken this training and found it to be incredibly informative and helpful in providing a much needed perspective to the historic and current struggles of Indigenous peoples in Canada.

The TRC calls to action are all important and appropriate recommendations and, even where not specifically identified, we should ensure our efforts and actions with Indigenous peoples are true to the spirit of the reconciliation.

10. What does acknowledging traditional territories mean to you?

Acknowledgement of traditional territories is one of the first steps towards reconciliation and recognizes that we, as settlers, live on lands that have been inhabited by Indigenous peoples since well before our arrival.  As such, we have a responsibility to work alongside and in partnership with Indigenous peoples in the stewardship of these lands.  It also serves as a reminder to help us avoid perpetuating the harmful impacts of colonization in our activities and decisions.

11. How would you describe the Indigenous population in the City of London?

I would describe the Indigenous population in London as caring and compassionate with a strong sense of history and community.  Historically, their knowledge and experience has not been sought after to the best of our abilities in helping to address the issues we face together as a city. We have made some progress recently on this front and I hope that we can continue to make important progress in collaborating and working side by side for the benefit of our communities and our city.